For those of you who have never been to Disney (or who have and have not had the pleasure of going on this ride), Spaceship Earth is the ride inside of the geodesic sphere near the entrance of the Epcot park. If that doesn’t help, the geodesic sphere is the thing that kinda looks like a big, sexy golf ball.

Some of you may be thinking, “Wait, there’s a ride in there?!”

Well, yes, in what I would consider the loosest definition of the term “ride.” If you’re looking for Space Mountain, you’ve really got the wrong ride. This ride doesn’t have any of the fun dips and turns and speed that you’d normally look for in an amusement park ride. A lot of it happens in the dark though, so you have that similarity as well as the very real possibility of being murdered by one of the creepy animatronics.

If you were really looking for Space Mountain, you’d also be in the wrong park, so probably best to turn around and head back to Magic Kingdom where you belong. Psssht. Newbs.

If you want to know what Spaceship Earth is like, think of it as the thrill-ride version of the Carousel of Progress. You learn about history and there’s hardly ever a wait, but the difference is that your cart actually moves around (slowly) and you get up-close-and-personal with different places and times in history.

But the animatronics are just as creepy. Yes, I mentioned that twice. I will probably mention it more, because it’s true. And I still have nightmares regularly.

Before my most recent trip to Walt Disney World, I had only ridden Spaceship Earth once, and the ride had gotten stuck. Right next to one of the creepy animatronics that I was certain would be my killer. At the very least, I started drafting my will on that ride, so I have some of that done, which is nice.

While it is definitely not my favorite ride, the nice thing about Spaceship Earth is that it’s inside and seated, therefore a great rest during a long, hot, Florida day. In that case, getting stuck is probably a good thing. You get some extra rest time off your feet, and even if you think that you’re going to die, at least you’re comfortable!

For us, after a long day of exploring Disney World, we wanted a calm ride to end our night before we left the parks. Apparently, that was too much to ask.

My parents and I waited in line for maybe 3 minutes before we hopped on the ride and were on our way. Like I said, I had been stuck on this ride before, so I was already prepared when the carts stopped moving and we heard a cast member come over the speaker with the usual announcement that the ride would move again soon and request that we keep our arms and legs in the vehicle at all times.

Honestly, I’m one of those people who freaks out at small, everyday annoyances (ex. Where the hell is my magenta pen? or Why hasn’t my parent/partner/friend texted back in 30 seconds? or Why do restaurants have to be closed on Mondays? Do they hate me?), but when it comes to the big things, I’m pretty chill.

I’ve gotten stuck on several rides in my lifetime, and I feel like as long as you’re not stuck upside down or anything crazy like that, being stuck on a ride isn’t the worst thing. Every ride that I’ve gotten stuck on has started working again eventually, and even if it didn’t, how cool would it be to be evacuated off an amusement park ride?! Wouldn’t that be an awesome story to tell people at parties?

Or if you’re like me and don’t leave your house: wouldn’t that be an awesome story to tell the same 5 friends over and over?

Needless to say, I wasn’t freaking out at all about the ride stopping…until I smelled the burning.

Now, I’ve never been on a ride that went up in flames, but my guess is that a burning, on-fire smell is probably a sign that something isn’t quite right.

However, we were at the part of the ride where the narrator talks about the burning of the libraries of Alexandria and we could see something next to us that looked like fire. So we comforted ourselves with the fact that they were probably piping in that burning smell and that we weren’t going to die a fiery death on Spaceship Earth. Most likely.

Every once in a while, we would also hear a shrieking noise that either sounded like a grown human shrieking out in terror or a small human doing their normal shrieking. Both equally upsetting.

The sound was actually an animatronic whinnying horse a bit behind us, but as these sounds and animatronics haven’t been updated since the 80s, they don’t necessarily sound like they’re supposed to. And they’re creepy.

So, as we sat there continuously convincing ourselves that we weren’t going to die, my mom said the only thing that made sense in the moment: “let’s take a selfie!”

Two things were working against us in this situation. First of all, it was dark. Spaceship Earth is not a light and happy It’s a Small World-type ride. The other problem being that there is no flash on the front-facing camera on older versions of the iPhone, so that you don’t shine a light in your eyes. If you thought that would stop us, you don’t know us at all.

We turned the phone around and blindly snapped a few pictures with a flash that seemed as bright as the sun we would probably never see again, effectively blinding us and possibly the cart behind us (sorry, guys!).

After we got a good picture, and after my mother posted it to Facebook (of course), the ride actually started to move again. We made it all the way to the end of the ride, laughing hysterically at ourselves, each other, and the silly animations that Spaceship Earth plays at the end of the ride. I’m not going to tell you about those, though. You’ll have to ride it yourself and see!

The moral of this story is that I realized how important is is to make memories with your parents as an adult. The memories I make with them now are the ones that I’m going to carry with me through the rest of my life.

Oh, and you should take a ride on Spaceship Earth, even if you only #doitforthestory

7 thoughts on “Has Anyone Ever Ridden Spaceship Earth and Not Gotten Stuck?” 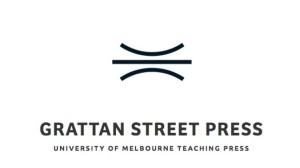